UK unemployment rate drops to 7.1% is the headline on the BBC News website earlier. It is now close to the point at which the Bank of England has said it will consider raising interest rates.

According to the Office for National Statistics

Commenting on this the CIPD issued a press release saying  the Labour Market Statistics released today by the Office for National Statistics (ONS), Mark Beatson, Chief Economist at CIPD, said: "We have recently seen unemployment start to fall quickly and forecasts being revised downwards but, even so, today's figures are a surprise with the headline unemployment rate falling from 7.4% to 7.1% in a single month.

We should remember these figures are statistics with margins of error attached to them and this does not mean we should expect to see falls of this size every month.  Nevertheless, today's figures are consistent with the state of the labour market last autumn."

Minister of State for Employment  Esther McVey MP told the BBC "Creating jobs and getting people into employment are central to our economic plan to build a stronger, more competitive economy, so it is very encouraging news that we've seen a record-breaking rise in employment over the last three months"


With more people being employed and workforces growing it is vitally important that work standards are maintained and productivity increases. One way of making sure this happens to arrange TRAINING for your staff. Whether it be a Leadership Training Development programme, one to one coaching or a specialist course on Equal Opportunities this is the time to arrange your organisation's training.

Training is very cost effective, you might think you are spending out a lot of more, but do remember the average company will be able to gain tax relief on their profits. For local Government, NHS divisions, Housing Associations, Colleges and Universities the staf are more efficient and more productive.

For more information visit www.jml-training.com  or www.jml-diversity-training-services.co.uk
Posted by Philip Suter at 07:12 No comments: 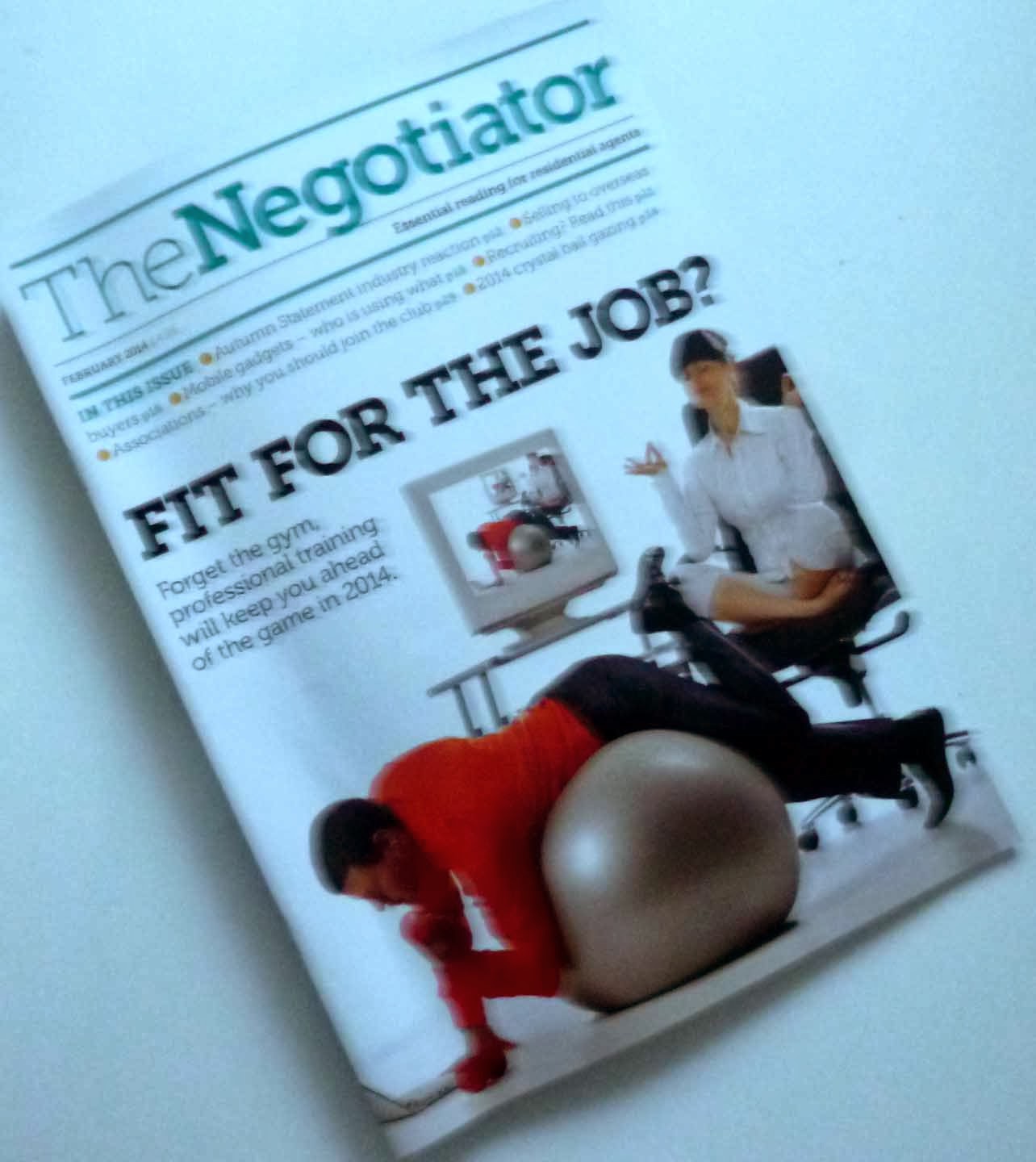 The February 14 edition of "The Negotiator" arrived in the post last Saturday.

The Headline "Fit for the Job? Forget the gym, professional training will keep you ahead of the game in 2014" caught my attention.

Moving swiftly inside the magazine I came across the article. Naturally being a lettings agent and estate agent's publication it is geared to that market however the objectives are the same no matter what business you are involved in.

If you are wanting to get more from your staff in 2014 and everyone needs to keep up standards and develop learning skills, or you are a member of an organisation that could do with more training, then this is the time to plan ahead.

jml Training Consultancy does not hold open courses, but designs bespoke in house courses for organisations. Courses can be a one off course, a series of courses or a complete development programme over many months.

The company has been delivering training services since 1997 and during that time have provided training services for  Government Ministers, Government Departments, NHS Trusts, Housing Associations, Local Authorities, establishments in the University and College sector Corporations and smaller companies.

Size does not Count: It does not matter what size the organisation is, to stay ahead of the competitors or purely to achieve greater goals in the present workplace it is essential to keep training up to date and be fit for the job. Find out more about jml Training Consultancy Here
Posted by Philip Suter at 02:21 1 comment:

The company has been providing training in this specialist area since 1997 and offers in-house training courses for UK based organisations.

Over the past seventeen years diversity training programmes has been provided for Housing Associations, National Government Departments, Government Ministers, Local Councils and Authorities, NHS Departments and Private and Public companies and corporations.

The new jml Diversity Training Services  site contains a great deal of articles and information on Equal Opportunities, the Equality Act and other relevant topics.

If your organisation is thinking of running a course, the place to find out more information is http://www.jml-diversity-training-services.co.uk
Posted by Philip Suter at 03:48 No comments: