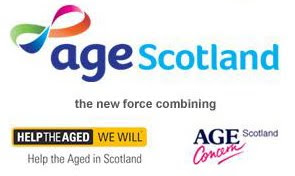 The new Equality Act starts to come into force across Britain today.

Although it may seem like a lot of small changes, together they will make a big difference; helping Scotland too to become a fairer society, improving the public services we all use and helping business perform well.

The new Act, aimed at creating a society built on equality and fairness, will cover everyone; it simplifies our laws - consolidating over one hundred pieces of legislation into one practical act - and makes it easier for us to treat other people fairly.

The new legislation protects everyone to some extent, as people have several of the characteristics it covers, namely age, race, religion and belief, sex (meaning gender) and sexual orientation; and some people also have the protected characteristics of disability, gender reassignment, marriage and civil partnership, pregnancy and maternity.

Under the Act, people are not allowed to discriminate, harass or victimise another person because they belong to a group that the Act protects, are thought to belong to one of those groups or are associated with someone who does.

Age Scotland spokesperson Lindsay Scott says: "We know that despite the great leaps forward in terms of tackling discrimination and changing attitudes over the last thirty years, many old inequalities remain and new and emerging challenges exist.

"A fixed date for implementation has yet to be determined for protection from age discrimination in access to goods, facilities and services and the public sector equality duty, and we would like to see this happen sooner rather than later. However, we welcome this additional tool for building a fairer society."

The Equality and Human Rights Commission has released an online starter guide to the legislation for employers and service providers. The guide contains nine bite-size modules which set out the essential.

The Equality Act 2010 - Are you compliant? Find out here how jml Training can help your organisation