Increase in discrimination claims when Equality Act comes into force? 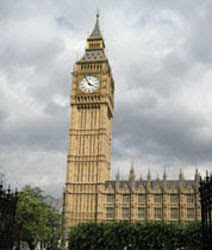 
According to new research from international law firm Eversheds, 75% of HR professionals surveyed fear that the Equality Act 2010, which comes into force on 1 October 2010, will lead to an increase in claims.


The research, which canvassed the opinions of over 200 HR professionals, also reveals that many employers (57%) have responded to these concerns by implementing training on the Act for managers or staff, or intend to do so. However, nearly a third (29%) had no plans to implement training.

“While the Equality Act is designed to streamline existing discrimination law, it also expands it in some areas. This explains why employers are concerned that they will see an increase in claims after the Equality Act becomes law on 1 October 2010.

“Most employers seem to recognise that one important way to protect themselves against claims is to train managers and staff so that they understand what is and isn’t considered acceptable. For example, the Act imposes new restrictions on what questions employers can ask about job candidates’ health. Anyone involved in the recruitment process needs to know about this change. Those employers who have yet to consider training should do so immediately.”

Nearly half (49%) of those who responded said their internal policies will be changed ahead of the Act coming into force in October, while a third (33%) didn’t intend to change their policies.

“Many employers will have had to change their equality policies to reflect the fact that the Act increases the scope for organisations to be held liable if one of their employees is harassed by a third party, such as a customer, service user or supplier. Such policies should tell staff what to do if they feel they have been harassed and reassure them that their concerns will be taken seriously. For those who said they hadn’t changed their policies, it may be that they don’t have to as they already cover the relevant areas. That said, we would still recommend they check their existing policies to ensure they deal with the changes made by the Act.

“Depending on the nature of the employer’s activities, it might also be appropriate to specifically bring to the attention of clients, customers and commercial contacts that inappropriate behaviour towards staff will not be tolerated.”

The research also gives an insight into some of the more controversial aspects of the Act that are still under review, such as the provision for ‘positive action’

“Perhaps the most contentious aspect of the Act is a provision for ‘positive action’ that would allow employers to recruit or promote employees because of their sex, race etc if they are 'as qualified as' other candidates. The coalition has, so far, declined to implement this part of the Act, and refuses to be drawn on when, if ever, it will take effect. Other types of positive action will, however, be allowed where it is aimed at remedying perceived disadvantage or underrepresentation. However, Eversheds’ survey suggests there is little appetite for this amongst employers, with only 7% saying they will definitely adopt some form of positive action.”

Another aspect of the Act that the coalition has held back from implementing concerns the publication of pay data. Under the Labour Government there was talk of requiring larger private sector employers to publish information about their gender pay gap, i.e. the difference in pay between male and female employees. With that in mind, the Act contains a section that would give Ministers power to introduce new regulations, at some future date, to make reporting compulsory.

Neither the Conservatives nor the Liberal Democrats were happy with this provision, albeit for different reasons. One option available to the coalition would be simply to bring the relevant section of the Act into effect without ever using the power to introduce regulations. By declining to implement this provision the coalition appears to be sending out a message that it does not think forcing employers to reveal what they pay to men and women is the solution to the stubborn problem of the gender pay gap.

“Labour ministers had hoped that employers would voluntarily reveal information about their gender pay gap, promising further regulations only if voluntary reporting did not take off. However Eversheds’ survey suggests this may have been something of a pipe-dream, with only 13% of employers saying they will publish the data voluntarily.

The drive for pay transparency is also behind a provision in the Act that limits the effect of so-called ‘pay gagging clauses’, which are contract terms that seek to prevent employees discussing their pay. The Act limits the effect of such clauses by making them unenforceable against employees who discuss pay within the workplace with a view to finding out if there has been any unlawful discrimination in pay rates. However, Eversheds’ survey reveals that few employers are likely to be affected by this part of the Act. Less than one in 10 organisations surveyed by Eversheds currently has some form of contractual provision in place purporting to ban the discussion of pay, and of those, only a fifth (21%) say they intend to keep it post 1 October.

“So called ‘pay gagging clauses’ tend to be found in sectors such as financial services. Whilst there is no need for employers to abandon such clauses, managers do need to be aware that it won’t always be appropriate to take action against someone who has revealed details about their pay.

“This is an important piece of legislation, and employers need to fully up to speed with all the changes to avoid potential claims.”


The research was conducted in September 2010 among 237 HR professionals.

Tips for preparing for the Equality Act 2010


Employers can follow a number of simple steps to ensure they are prepared:

· Depending on the nature of the employer’s activities, it might also be appropriate to specifically bring to the attention of clients, customers and commercial contacts that inappropriate behaviour towards staff will not be tolerated.

Source: Eversheds LLP: - Eversheds LLP and its world wide offices have over 4,500 people who provide services to the private and public sector business and finance community. Access to all these services is provided through 47 international offices in 29 jurisdictions. Eversheds combines local market knowledge and access with the specialisms, resources and international capability of one of the world’s largest law firms.

The Equality Act 2010 - Are you compliant? Find out here how jml Training can help your organisation